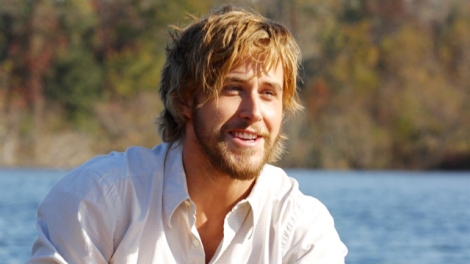 Hope you had a happy 12/12/12! Already looking forward to the next time that happens. In any case, welcome to SlackPost.

We’re all slackers here. Four years of college, and we never really figured our shit out (except for Wells). Lazy? Kind of (for the record, we prefer “chill”). Aimless? Probably explains the laziness. We like to think that we’re not completely worthless schmucks though.

As a slacker, you’ve got to learn to appreciate the world around you. We work hard to master the art of observation. At SlackPost, we marvel at the awesome and recognize the entertainment value of the not-so-awesome.

We have a habit of watching riveting nature shows, bad (amazing) 90s movies, and meaningless Monday-night NBA games in their entirety. We love music and the vagaries of popular culture. We’re both contrarian and conventional. We’re just some dudes who believe they have funny, insightful, and sometimes ludicrous observations to share, and we hope that you — our friends — will enjoy reading.

Ike Wilson is from the Bay Area and is probably cooler than you. Nothing will bring you more joy than watching Ike dance, but watching him take vicious pull-up Js comes close. He eats remarkably slow and is (to some people’s surprise) half-Vietnamese. Not sure if there’s a connection there. He adores Pixar movies, Avi’s dog Chloe, Missy Elliott, and Scottie Pippen. He went to French school as a kid and now lives in New York.

Avinash Chak is from Cleveland and lives in NYC. He’s a hardcore (and thus perpetually miserable) Cleveland sports fan, (random) Arsenal fan, and (not-so-random) LBJ-hater, and he loves to know everything about everything. He also hates everything Top 40/mainstream, has the greatest dog ever (Chloe is really his cousin’s dog), and studied abroad in Paris with Ike in the fall of 2009. He’s probably the biggest film geek alive who’s never seen anything by Woody Allen. He also knows hip-hop better than an Indian boy has any right to.

Joel Oblizalo is from a small town south of Seattle. His favorite NBA player of all time is Brent Barry, he loves Good Will Hunting and Anchorman, and he appreciates any and all music that requires some amount of talent but isn’t country. He fronted a ska band for the greatest six months of his life. He lives in Irvine, CA, and is currently coming to grips with the fact that most of the music production and sports broadcasting he did at Yale has thus far been useless.

Sam Goldsmith is from Harrisburg, PA, was on the varsity swim team at Yale, and now lives in New York. He is Jason Segel, complete with the Rush obsession and vastness of bro knowledge. He loves to cut deep with his jokes about close friends, and for reasons that remain unclear, shares Avi’s love of Arsenal and hate for LeBron. He is a FIFA bully, once had a Level 95 Paladin in Diablo II, and worships Phish. He doesn’t understand why dubstep exists.

Wells Stewart is from North Carolina and now in med school in Texas after two years of doing the whole post-bac pre-med thing. He used to play football at Yale but quit and later joined the Yale Club Basketball team, where he became known as “Drinks.” He studied abroad in Greece his junior year and was a highly responsible Freshman Counselor as a senior. He is the BFF with whom Ike shares late-night basketball texts and pillow talk.